Skip to content
Homepage LANGUAGE/LITERATURE Language beyond Rules and Norms

Language beyond Rules and Norms 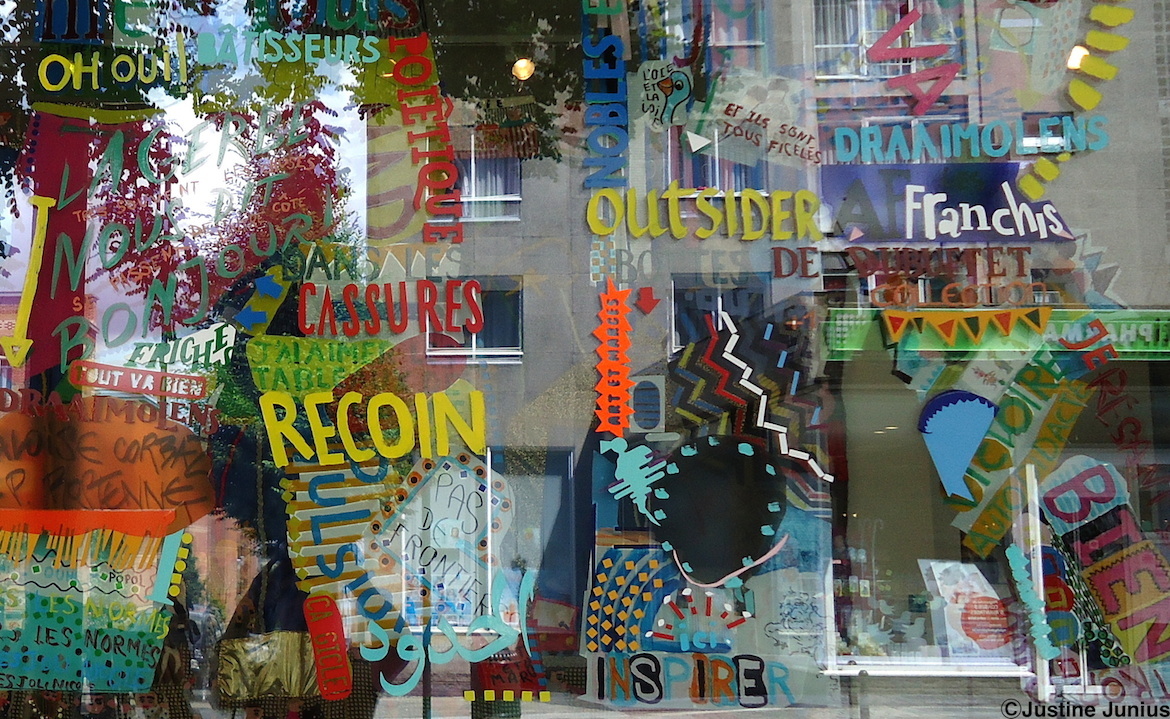 The master is so enamoured with all languages, especially our very own [Belgian French] that he seeks to reduplicate himself. In effect, language not only conforms to a positive system of rules such as we learn in school – grammar, syntax, spelling etc -, but also and more importantly, language involves many fluctuant norms and a set of unwritten rules which come to constitute that which we call common-usage or custom. These two orders have long been at loggerheads, where proponents of the rules consider the liberties taken by advocates of common-usage as mistakes, for example, in the form of colloquialisms, Belgicisms, etc. To discern whether it was in fact rule or custom which held sway in language, on occasion became a burning question. Émile Littré considered custom both as a respectable master, as it kept with tradition, but also as irresponsible because it fosters that which he aptly qualified as a genuine spirit of playful mockery [esprit de gausserie]. Evidently, as a dedicated lexicographer who sought to fix language, he could but deplore this fluidity and thus considered the resulting forms or variants of common-usage as verbal pathology.[1] This debate continued to flourish in salons up until the time of the Belgian linguist Grevisse, whose text, Le Bon Usage, was published in 1936. At first this publication was met with a general indifference, but subsequently, following strong praise by André Gide printed in Le Figaro littéraire in 1947, the text achieved an undeniable success. Nowadays custom falls outside the rule and we can say, without too much jest, that the true master of the French language is Belgian -, and with him the legions of Francophones, for whom he is something of a champion bard. Can the popular proverb, which indicates that usage is the tyrant of language, give him the last word?

In essence Grevisse does not merely acknowledge instances of common-usage, he discusses them in order accept some and reject others. The principle or criterion for selection is difficult to isolate, beyond the fact that it is delivered in a rather striking manner: that which confers authority is not the rule but the authorities, that is to say the great authors. Thus there is the rule, and there is that which is formed by literary royalty, two forms of master! Which to choose, if both cannot be served? It is difficult to know… To read one of Grevisse’s entries can be a bit confusing: one finds a statement of the rule, subsequently the often discordant application, as made by the great authors and finally, advice: avoid ambiguous expressions![2] What do these hesitations point to? Is it to our stupidity and ignorance? Without doubt – how many rules have we learned that are no sooner forgotten – we can however take consolation from Lacan, in the consideration that it is not ourselves, but the signifier, which is stupid. Why? Because discourse is never more than a semblant which fails to articulate the real in the good way. For us, the real lodges precisely in that which torments the masters of language and which Lacan nominates as equivoque. “One tongue among others [he writes] is nothing more than the integral of the equivocations that its history has allowed to persist in it.”[3] This is not a matter of a fault, a curable pathology, an avoidable ambiguity or something that can be repaired, but is in fact the very substance of language itself, its sole material; insomuch as is from here that speaking-beings, parlêtres, enjoy [jouissent].

Thus the real is not reached by the avoidance of equivocation, but in the encounter with it. This encounter cannot be imposed – it is not a matter of rule or usage -, but of a chance occurrence: it is of the order of a discovery, much more than of the search, tuché rather than automaton. It’s the reign of wit [du mot d’esprit] of a singularity which does not require recognition, but which appears and is taken-up, or assumed. And it is this, in contrast to the discourse of the master, which the analytic discourse underscores: the latter breaks through the walls of language, whereas the former edifies it, one seeks the word which is exact or correct, the other the right word [le mot juste].[4] In his day Lacan hailed the famous Poordjeli of his analysand Serge Leclaire, who, with this irreducible signifier, succeeded in naming the real in the subject.[5] More recently the clinic of the pass has testified to a series of non-standard linguistic creations. There are many examples; I will choose the one with which Laurent Dupont concluded his analysis, one which serves very well to end this text: “CAC” his analyst said in a dream: “CAC! C.A.C. C’est assez.”

[1] Littré, E., “Pathologie verbale ou lésions de certains mots dans le cours de l’usage”, published under the title Comment les mots changent de sens, M. Bréal, Paris, Hachette, 1888, p. 8, 19. Cited by J.-A. Miller in, La fuite du sens, unpublished teaching of 6/10/1995. See also Hellebois, P., Les mots tombent de haut, in La Cause freudienne, Revue de psychanalyse, 43, October 1999.
[2] Evidently I’m exaggerating because what I am saying does not apply for all the entries but merely for some. For instance, take one dedicated to the expressions “rien moins que” and “rien de moins que”, which are à priori contradictories, the first signifying “not at all” and the second “nothing less than”. Grevisse determines that the finest writers – Stendhal, Musset, Mérimée, Giraudoux, Lacan … – nevertheless employ both senses and sometimes even within the same text! We learn that l’Académie Francais had at one point decreed that these expressions should have “either a positive or negative sense depending on the circumstances” this was before the adoption of a rule in 1935. Cf. Grevisse, M., Le bon usage, Paris-Gembloux 1988, 12th Edition, Entry 352, b, R4, p. 586-588.
[3] Lacan, J., L’étourdit, in Autres écrits, Paris, Seuil, 2001, p. 490.
[4] Miller, J.-A., Le mot juste, Cahiers de l’Une-Bévue, L’amour de loin du Dr L, Paris, 2003-2004, p. 49-58.
[5] Lacan, J., The Four Fundamental Concepts of Psychoanalysis, Ed. Miller, J.-A., Trans. Sheridan, A., Karnac, London and New York, 1977, p. 250.