Skip to content
Homepage PRACTICE OF THE BODY Body practices 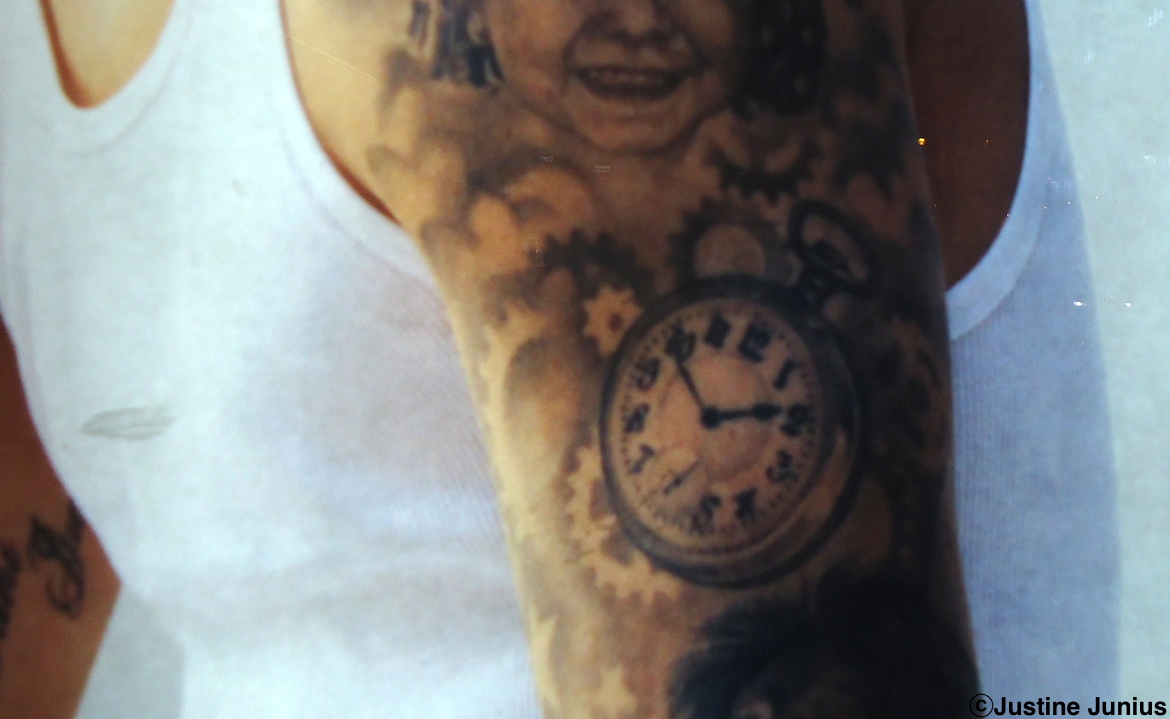 Throughout history, the tattoo as a body practice has revealed itself as a true two-faced Janus: between agalma and palea. On the one hand, considered as part of what is ”generally manifested in a series of social practices, from tattoos, incisions and circumcision…”[1] it is a sign of inclusion that bears witness to an inscription in the symbolic order. The subject’s identifications, its status in the family tree and his or her relation to sexuality and death are as such determined. On the other hand, barbarians, slaves, criminals, prostitutes… were branded by means of a tattoo. With the impact of an indelible mark on the body as a sign of exclusion, one tried to limit and copperfasten an “excessive jouissance”[2] that is not reconcilable with the social order, a jouissance ‘outside the norm’.

The body practice of tattooing is currently the fifth fastest growing industry in the United States. This contemporary proliferation of tattooing, as well as the success of a number of other body practices, demonstrate beyond the “procrustean arbitrariness of fashion”[3], the inadequacy of the symbolic order to regulate jouissance by way of prohibition, phantasm, and the semblant. The body is used as an object and an instrument to treat the discontent ‘outside the norm’.

A new clinic represents our bodily excesses[4]: the consumption of products, drinking and eating without limit. Tattoos, piercings, and scarification’s witness of an inflation of the imaginary to conceal the real. Science and its technology facilitate all kinds of operations that can improve, reproduce, complete and shape the body without any remainder. They claim to be able to transform the drive aspect that is ‘outside the norm’ into an a-perfected body. The promotion of sport, fitness, alimentary hygiene and all sorts of preventive health programs want to transform a jouissance ‘outside the norm’ into a number. As such the subject is subjected to the tyranny of a statistical super ego.

Psychoanalysis does not follow the path of excess, nor the one of a universal standard. It is a place where the singular practice of a subject can be received and attended to. This allows the subject to treat its jouissance ‘outside the norm’ which cannot be symbolised by symptomatic inventions. For instance, a young woman who, by means of a discrete piercing, manages to recognise her body image through which a profound emptiness can be mitigated. Or the young man who manages to transform his practice of auto mutilation into an artistic profession after having tattooed an image of a character out of his favourite novel. The elevation of some of these singular practices to the level of sublimation, demonstrated by performances and Body Art, have radically changed contemporary art.

Let us from our analytical experience testify to the richness of these singular ways of dealing with the drive ‘outside the norm’.