For a language that isn’t wooden 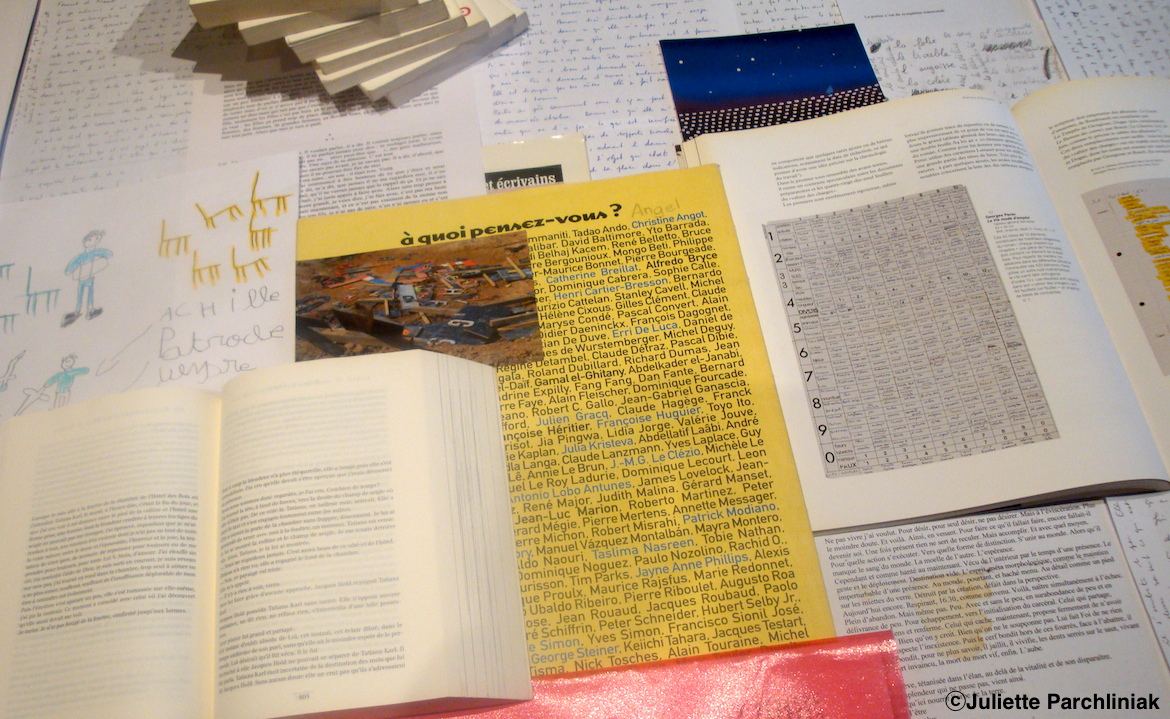 In 1949 in his famous novel “1984,” George Orwell imagined a totalitarian state called ‘Oceania,’ with a ministry of truth and a thought police and a new language, Newspeak, aimed at shrinking the population’s field of thought. To this end, the lexicon of Newspeak is reduced and reorganised into three classes: A, B and C. Vocabulary A contains only those terms necessary for work and daily life; its unambiguity prevents any literary, political or philosophical use. Vocabulary B contains noun-verb compound words constructed for political purposes. Vocabulary C is specialised and composed entirely of scientific and technical terms. Finally, the grammar of Newspeak is characterised by regularity and the interchangeability of the elements of speech: grammatical rules no longer admit of any exception.[1]

In our era, that of neocapitalism, of the extension of management to all professional and human fields, the guides of “good practice” enacted into law, the triumph of lobbies and storytelling, it is obvious that language in many professional sectors and even in everyday life, is contaminated by terms and formulations claiming to ensure a greater objectivity by means of technical jargon. Today, housewives become “surface technicians”, salespeople become “advisors”, counter-clerks become “customer services representatives”, employees become “collaborators”, the blind become “non-seeing”, the disabled become “persons with disabilities”, autistics become “persons with autism”, the old become “elderly people”, and to cap it all, redundancy becomes “plans to safeguard employment”. Thus, in the image of “Our technocratised world [which] conceals its coolness under the demagogy of the Heart”, as Milan Kundera put it,[2] these standardised forms are designed under the guise of bjectivity, for maximum neutrality. In other words, to use the most words to say the least possible. Thus, due to prudence, these standardised forms end up absolutely avoiding the object they are supposed to designate and sometimes even seem to designate their opposite and ultimately no longer designate anything. For Pierre Bourdieu, the school system itself “teaches not only a language, but a relation with language that is aligned to a relation with things, to beings, to the world completely de-realised”.[3]

On the contrary, literature always testifies to an effort to say as precisely as possible, how a subject perceives the world, what he feels and what he lives. The role of the writer is to transgress the rules, to create new forms, to reinvent what a text is, to question the meaning and function of writing. Literary history is built on these non-standard inventions that sometimes appear aberrant or scandalous in their own era. It demonstrates a relentless reflection by authors on the form and the substance of the text. Each of the great names of literature has affected the language of their time – the inventions, enunciations, the way they forge language by wordplay, sounds, silences and punctuation – everything they use to speak their world, all these have passed into language. We think of the booming verbs of Hugo, the magnificent turns of phrase of Flaubert, Gide’s needle-sharp style, the inimitable speech patterns in Céline, the acid-soaked writing of John Fante, the restless searching of Rimbaud, Mallarmé’s use of silence, the multi-lingual swirling of Joyce, the dream-states of Garcia Marquez, the hallucinatory language of Burroughs, the inventiveness of the surrealists and their Workshop of Potential Literature (Oulipo), the outrageous language of Bataille, the resounding and onomatopoeic writing of Gerashim Lucas, the cinematic writing of Duras, the magnificent language of Senghor or Kateb Yacine for whom language was first and foremost a political weapon, the work of Marina Tsvetaeva for whom writing should be life itself, a “vivrécrire”, and many others… For Sartre, poets are those who refuse the utilitarian function of language, the word in poetry does not refer to the object but incarnates it: “In fact, the poet has withdrawn from the language-instrument in a single movement. Once and for all he has chosen the poetic attitude, which considers words as things and not as signs.”[4] And as Barthes writes in the preface to Guyotat’s “Eden Eden Eden” (which the Ministry of the Interior banned from being displayed, advertised, or sold to minors when it was published in 1970), this work on language opens onto a new mimesis whose model “is no longer the adventure of a hero, but the adventure itself of the signifier: what happens to him.”[5]

In his course of 2002-2003, Jacques-Alain Miller called on psychoanalysts to make “an effort of poetry”.[6] The analytic work effectively invites us to make an effort to speak well. For the analysand it is about speaking more closely to the real, to isolate the signifiers making up the red thread of what is most singular for us. To say as precisely as possible with the fewest words, what it is that touches us most intimately, in order to corner what escapes the words, what passes between them, the jouissance that inhabits and agitates our living, speaking bodies. As such, analytic speech is in our time a speech that resists. It denies the principle of “direct usefulness”[7] to which we are daily committed. It does not allow itself to be reduced to a scientific and allegedly objective word, hollowed out and emptied of its living substance. To bring a breath of fresh air to this Kafkaesque era where evaluation expands its empire, where the algorithm is king, this rubric will echo every creative effort in writing and in speech to go beyond the norm. We will visit the places and times where men and women make, continue to make, will always make this necessary effort of speech in order to create their singular relationship to one another and to the world.

[6] Miller, J.-A., Un effort de poésie, course of 5 March 2003, hosted by the Department of Psychoanalysis at the University of Paris 8.