Skip to content
Homepage OUTSIDE THE BOX Art, Genius and Invention 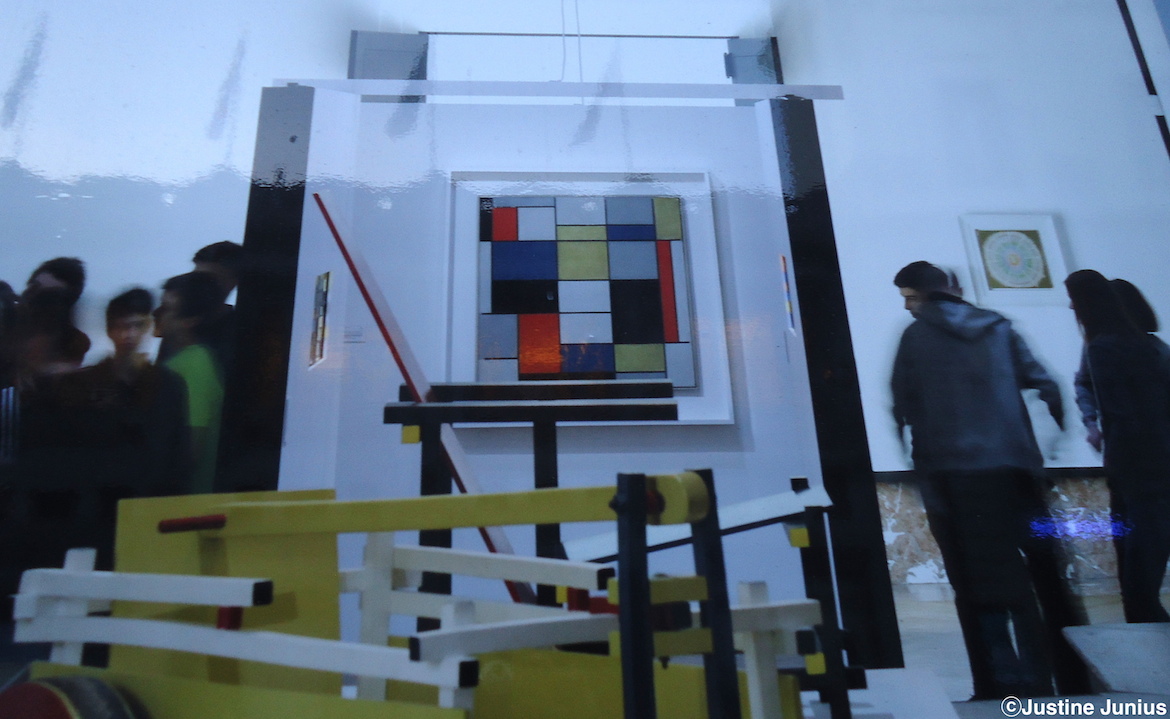 “The style is the man himself”. What does Lacan mean in the first line of his overture to the Écrits?

This first line dovetails with the last line: “With this itinerary, of which these writings are the milestones, and this style, which the audience to whom they were addressed required, I want to lead the reader to a consequence in which he must pay the price with elbow grease”.

In other words, the work that is created by the artist cannot happen without the other – the reader, the listener, the spectator. Whoever is in receipt of the work finds himself implicated in it.

What is it that is beautiful, non-standard, unprecedented, unheard of, never seen before, and which has the power to move us or to affect us?

Lacan gives us an orientation. “It is the object that (cor)responds to the question about style”.

When he says the style is the object, do you grasp it? It keeps a part of its mystery.

What does Freud say about it?

He says very little. He was prudent. “On the nature of the creation that is manifested in the beautiful, the analyst has, by his own admission, nothing to say.” (1) And sublimation does not suffice to give an account of art in all its forms.

Today, Gérard Wajcman says, art makes an epiphany of the real. “The works of great artists are not sublime, they are symptoms. […] They make us uneasy. Art has a tendency to open a discreet but effectual breach in the real.” (2) We pass from the symbol to the thing, from the soul to the body, from the treasure to the waste, from the monument to the rubbish heap, which is to say from the fantasy to the real.

Catherine Millet, founder of Art Press, says it in her own way. She takes art as a force of resistance in life, the everyday, the social and the political. The artist has to propose to us a utopia, not in the political sense of the “sweet hereafter” (3) [TN], but in the sense of a vision, of a free, independent and different gaze.

For her, the artist is someone who takes a sideways step in relation to all the well-worn paths of his era. This step – his work – occurs at a given moment because, starting from the knowledge he has of them, the artist refuses all the directions that are proposed to him.

Her words resonate with what Lacan says about the end of a treatment: to exit the Other, extract oneself from it and discover it to be non-existent are as many formulations that allow a subject to speak, to act, to produce something “non-standard”.

On our first day back at the Courtil at the beginning of September, Fabienne Hulak brilliantly demonstrated how an autistic subject, Adolf Wölfli – who is unable to sustain himself in the field of reality through the extraction of the object a – manages nonetheless to inscribe the uninscribable in each of his works. Declared irresponsible after several instances of attempted rape, this man was confined to an asylum close to Bern. For over thirty years, he went on to produce powerful works emblematic of what Jean Dubuffet defined as outsider art [l’art brut].

In this initial section that is preparing us for the PIPOL conference, write and tell us what, for you, is your encounter with what is outside-norms/non-standard, that is, with genius, invention and art.

[FN2: G. Wajcman, All that Falls, Exhibition at the Palais de Tokyo, May to September 2014 (http://www.palaisdetokyo.com/fr/evenement/all-falls).

[FN3: [TN] Suggests the prospect of a glorious future. Reference to the posthumous autobiography, Les Lendemains qui Chantent, by Gabriel Péri Communist MP, executed by the Nazis in 1941. Book published with an essay by Louis Aragon, and translated as Toward Singing Tomorrows.]