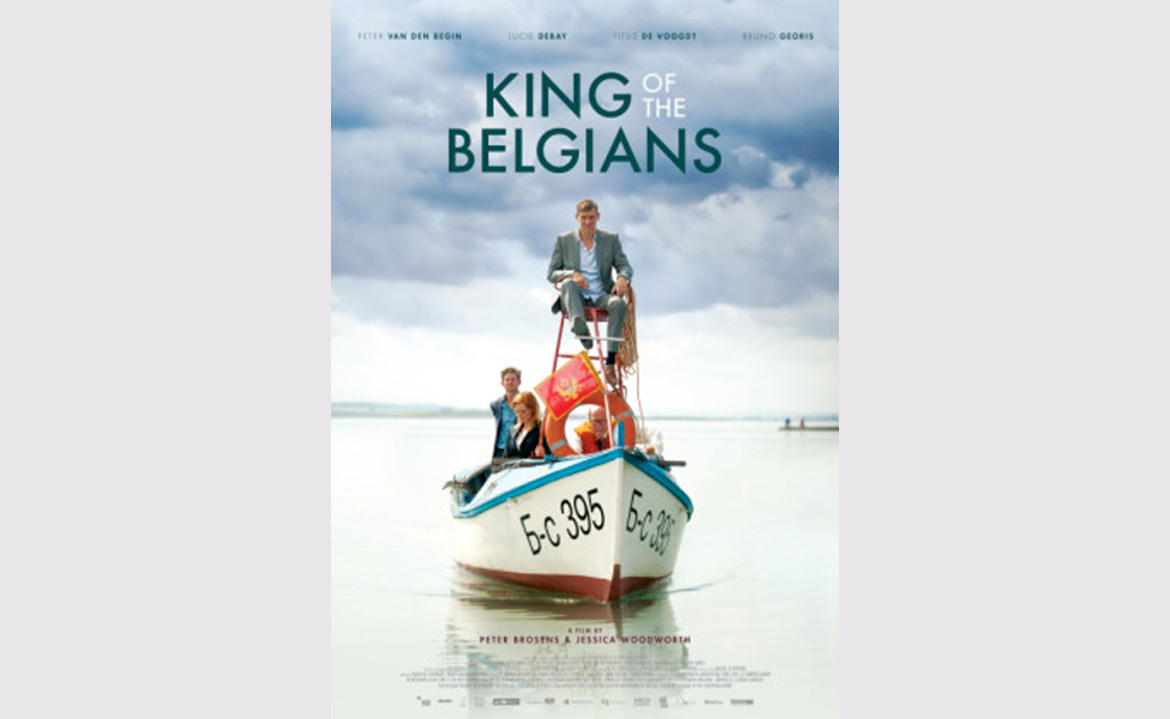 Céline Aulit — Your film tells the story of a man who is crushed by protocol. As a result of a number of meetings the King wakes up to his inner self and begins to act kingly but above all, as a person who rebuilds himself in the middle of a tightly restrictive protocol. In an era where, as Ken Loach depicted it in his latest film, protocols tend to rule the world, this film is courageous and engaged.

Jessica Woodworth — The first question to address is why we opted for a king as the central character in this day and age. Kings fascinate us all by the simple fact that these souls are born as princes and bear burdens unknown to ordinary citizens. They often do not have the freedom to determine their own destiny.

Our fictitious King of the Belgians, Nicolas III, is no exception. The challenge was to be able to witness a profound inner transformation. This could only be possible if he distanced himself from protocol and existed in anonymity. In the beginning, protocol was an invisible protagonist that defined the behavior of the king’s entourage , including Duncan Lloyd’s, the British filmmaker who is supposed to be making the documentary about the king. Through the prism of Lloyd’s lens (and dryly witty commentary) we witness the rapid erosion of protocol. His lens, however, also determines the behavior of the king who wants to actively capture his journey back home for the people. So our melancholic, solitary, complex hero is plunged into situations that he must navigate as a man and not as a king.

The intention was to suggest that when one listens with integrity, harmony is possible. The King is overwhelmed by the genuine generosity, kindness and humanity of the people he encounters. This stirs his desire to reach out his to own people and perhaps to live up to an untapped potential within him. Perhaps he has the capacity to bridge the divide between the people and the isolated elite. Perhaps he will become a distinguished leader, likely not a visionary but at least a public figure which commands respect.

The impressive stage of the Balkans on which the story unfolds bears signs of a complex past and unresolved conflicts. A Belgian king crossing this layered landscape of Eastern Europe sheds light on the innate challenges of sustaining a united Europe.

The sequence of the Belgians drifting across the Adriatic Sea in a miserable little boat under a the Northern Lights is perhaps the most poignant moment of their journey. We are all, in the end, belittled by nature. King or not, when facing such a majestic sky, we are necessarily humbled and reminded of our mortality.

We live today in a time of emergencies. We need reminding sometimes of the simplest, most essential things, such as respecting the other.

Céline Aulit — The manner in which you decide to direct the film is also out of the ordinary. You approach serious themes with rigour and subtlety without taking yourselves too seriously. A mixture of the sublime that allows us a glimpse into the atrocities of the world in which we live and an aesthetic that, by the sheer poetry of certain scenes shot in the Bulgarian mountains, succeeds in obscuring this portion of reality without eradicating it. Our colleague Daniel Pasqualin, psychoanalyst impassioned by cinema, told us in the latest MY WAY: ‘Cinema of the real is not one which will tell you a beautiful story.’ What do you think?

Jessica Woodworth — Not taking oneself too seriously on the big screen requires some courage, in fact! Our previous films are known for their gravity. But tragedy and comedy are very close neighbors. Moving from tragic absurd towards comic absurd only requires a very small step.

Within every film is an intrinsic logic and raison d’être. It’s important to remain honest about this and to respect that inner logic. It’s also important to allow some things to be left unspoken and unexplained. Cinema allows amazement – which demands a degree of mystery.

‘Cinema of the real’ is a loaded concept. I don’t believe there is such a thing as objective storytelling or filmmaking. Once you frame your subject, you have passed a judgment. When you edit, you make multiple judgments. It’s all highly personal and subjective. I speak from experience because I began with making documentaries. Every decision made demands ethical reflection.

Reality deeply informs all the fiction work I have created. We live in an era where reality actually has surpassed fiction. A few years ago we could hardly have imagined what has come to pass in our world. (Trump? Impossible.)

Although I have evolved into a fiction filmmaker. I am absolutely faithful to a cinema of the real, in its largest sense. In King of the Belgians one character asks another if the dark side of the moon should see the light. Lightly told stories are stronger if their corners are filled with darkness. For me, the greatest stories told are the ones that disarm us, that alarm us, that awaken something primordial and cause a shift in our subconscious.