The Temporary Defeat of a Piece of Propaganda 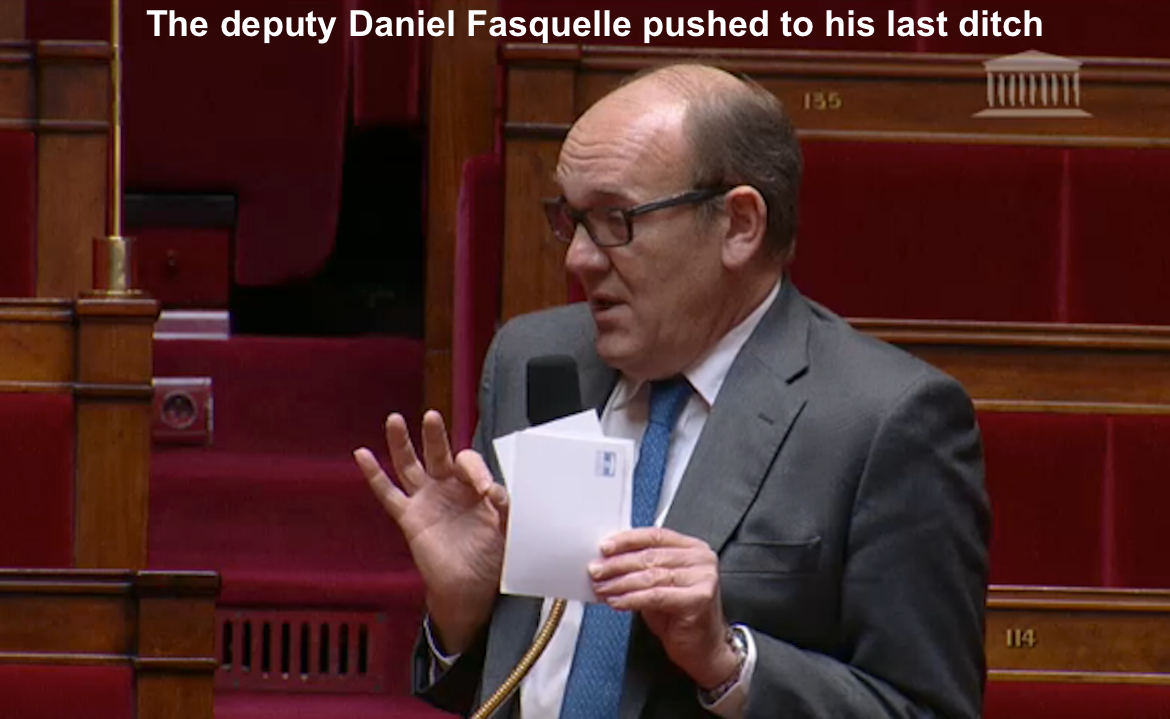 On the 8th of December 2016 in the French National Assembly, it was the denegations of Mr. Fasquelle pushed to their last entrenchment in the debate on his proposed resolution, which concluded the momentary failure of a propaganda programme that opposes psychoanalysis. No, he exclaimed, this is not a war against psychoanalysis. No, he added, this is anything but totalitarian. No, adds the psychoanalyst, it is not his mother.

If Mr. Fasquelle’s draft resolution was rejected, it is because it was liberticidal to invite the French Government to “strongly condemn and prohibit psychoanalytic practice in all its forms, in relation to the treatment of autism”. It was not only psychoanalysts who heard Mr. Fasquelle’s denegations; the majority of MP’s heard them as well. But this rejection which constitutes a battle won for us, does nothing to reassure. On the contrary. Given the debate which took place in the Assembly, we have every reason to think that a similar draft resolution represented in a more cunning or skilful manner would have been passed by a majority of deputies. Indeed, the primary concern of most of the deputies who spoke did not seem to be the defence of psychoanalysis. To follow the debates which preceded the vote, we see that the dominant trend of the Assembly reflects a discourse of civilisation regarding mental health which is at the helm far beyond France. A discourse which swears only by good practice(s) as those evaluated by the ideology of [the] number. In this sense, the current battle in Belgium against the law regulating mental health professions is identical. It concerns an encompassing discourse which has reigned over us, the occidentals, long before and far beyond the advent of De Block or Fasquelle.

Nevertheless, if the Fasquelle project is a chronicle of a predictable failure, the well-orchestrated propaganda campaign which preceded it, is indeed to us, very disturbing. We have already heard that psychoanalysis is a non-consensual practice. The expression “non-consensual” has for the HAS (Haute Autorité de Santé) a precise definition: that of a practice which cannot be evaluated according to the ideology of number-explains-all. However, the meaning of this term slips away in the debate and quickly becomes an adjective used to describe an “ineffective” and very contestable practice. As if CBT practices, as recommended by the HAS are in themselves consensual. Good one! The Directory of the EuroFederation of Psychoanalysis lists 2,500 mental health practitioners of the Freudian Field who are essentially opposed to the dressage practices of those who deliver CBT. This is sufficient to contest the supposed “consensus” around CBT therapies.

The propaganda goes even further when in order to insinuate that psychoanalysis is a practice involving maltreatment, it associates it with packing[1].This can be found in the appeal made to the government in the draft resolution, to have recommendations for good practice adopted by the French Federation of Psychiatry: “that it formally renounce packing, psychoanalysis and all approaches involving maltreatment” (sic!). Elsewhere, we read that psychoanalysts “have stacked the universities”, that they make of the autistic child an object of their fantasy and of course, the old and totally false refrain that psychoanalysis makes “culprits” of the mother and the family. The icing on the cake is Mr Fasquelle’s exigency that “we put an end to the misleading of families and stop imposing on them treatments they do not want”. One would actually want to exclaim in response: Ladies and Gentlemen adherents of the anti-psychoanalysis lobby, Go ahead!

This stuff as written has been heard at the UN. The tactic is clear. One asks the UN Committee on the Rights of the Child to “note” that in France, “autistic children continue to be made the object of ineffective psychoanalytic therapies”[2]. Then, when one demands accountability from the deputies who signed the Fasquellian draft resolution they can reply: what do you want? We merely want to apply the directives of the UN. The circle is complete.

Thus, the draft resolution was rejected, but the damage is done. These things have been said and they will run their course. Nothing good awaits us in the future unless we continue our work as psychoanalysts, that is to say, continue the analysis of this ambient scientific discourse in order to relentlessly unveil the malevolence of these attempts to freeze the knowledge of the unconscious, which can never be silenced by recourse to legislative means.

[1] Nations-UNIS, Convention Relative to the Rights of the Child, 23 February 2016
[2] A technique used in the treatment of autism, for example in cases of self-harming, where the patients limbs/ body, in an effort to bring about a new consciousness/ idea of the image of the body, are wrapped in hot wet cloths.