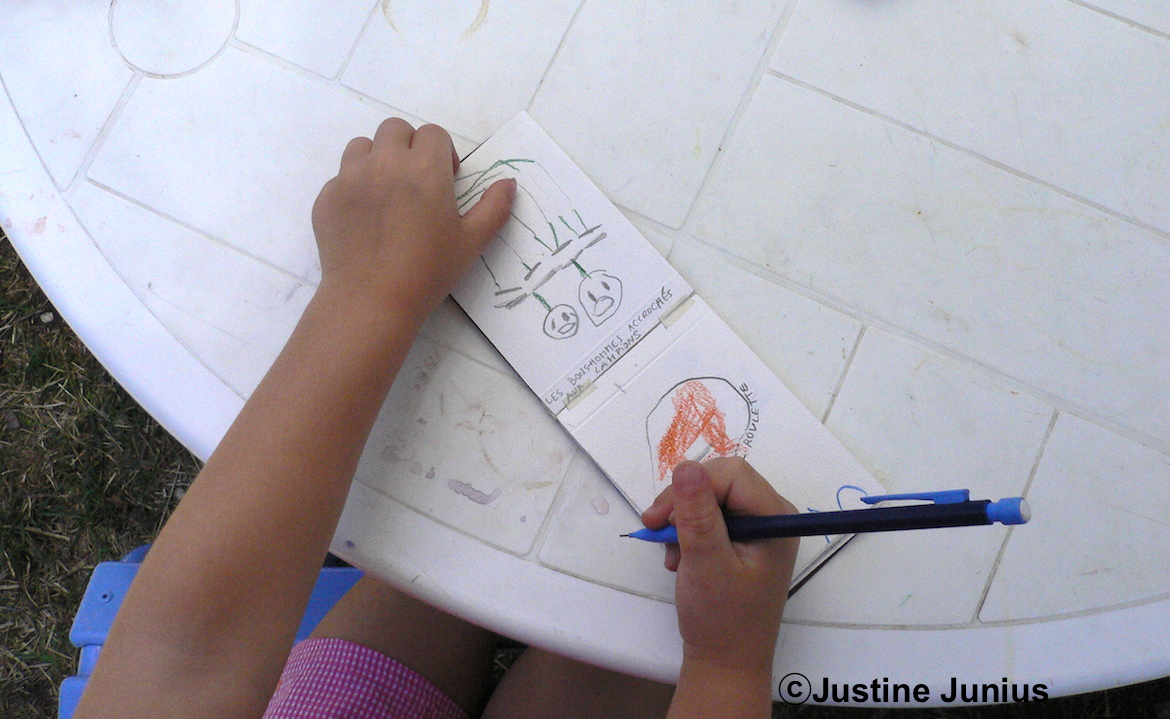 Several laboratories in the CIEN network in France[1] are concerned about the evaluation grids of “competences” for young people in the field of education. Thanks to the analytical discourse and to practical vignettes, the logic of these grids is being researched, as well as ways to subvert it.

A four-year-old girl no longer wants to go to the school she has been enjoying for over a year. Her parents sought to understand and discovered, to their distress, that a teacher in the nursery school had introduced a logbook to try to identify early language disorders via a questionnaire.

This logbook had been conceived of and put into practice in the form of a game by doctors, early childhood paramedics and especially the services of the Mother and Child Care (PMI)[2] practitioners and school health services. According to the teacher, the tool quickly detects delays in learning and thus helps children to catch up. Parents of students seem to like this experiment, so why worry if the children are having fun? But this little girl says no to her evaluation.

Those who study this tool carefully are struck by the absence of any identifying theoretical reference points. In addition to the children’s questionnaire, the kit presents a questionnaire addressed to parents, asking them what they encourage or inhibit in the early language of their children from zero to four years old. It is one of the elements of a battery of tests for the detection and prevention of language and behavioural disorders recommended by the Committee of Experts appointed by the Director General of Health. The use of this tool distinguishes three profiles: 1. normal language; 2. child to be monitored, medical visit predicted in six months; 3. “suspicion” of delays and language problems causing concern for the child’s future and immediately requiring speech and language assessment. It is sold on the market at an exorbitant price, but currently public health medicine does not skimp when it comes to registering “normal” children without symptoms in our society.

Members of one CIEN lab have proposed to present the results of their research on this screening of children, through a series of conversations with parents and children on the question of learning. Parents have been outraged by practices that they didn’t realise had stigmatised “problem” children.

One puzzled mother reacted as follows: her four-year-old daughter still uses words that have no meaning for anyone apart from those who love her – kagoran for slide, tiller for spoon, louchelou for ladle. The “four-year-old” medical visit at the nursery school is coming up. Until now, the child’s parents had never thought that these “imaginative” words, as her mother called them, could be a handicap for their daughter. These very particular words have been there since the child first began to speak. The mother decided to make use of this insight and to prepare for her daughter’s medical-educational assessment, to make sure that it goes off without any problems.

[1] CIEN: The Interdisciplinary Centre for the Study of the Child, see http://www.wapol.org/en/articulos/Template.asp