Skip to content
Homepage Youngsters The crossroads of adolescence

The crossroads of adolescence 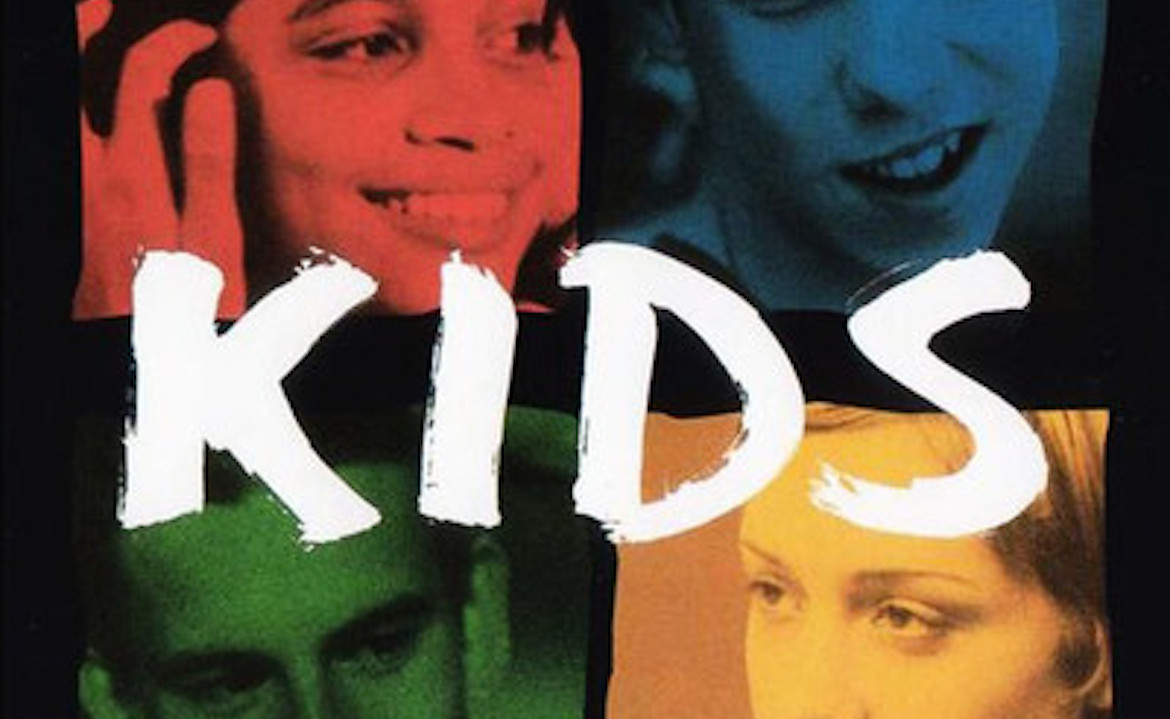 Reading the argument of Patricia Bosquin-Caroz for PIPOL 8, a memory crossed my mind and did not leave me in peace until I began to write about it. In fact, I remembered the film Kids[1] I had watched in 1997. I was then fourteen years old.

Intuitively, I soon knew that these young people, in this film, were heading towards a gruesome fate which I did not want to follow.

The film tells the story of a group of young people who indulge in drugs and sexual promiscuity. It shows the much less romantic face of adolescence, the one of the adult-to-be, with the dangers that lurk on the way. The film offers us the vision of the abyss that the human being faces before entering adulthood.

The two sexes are confronted and are simultaneously extremely attracted to each other. The story revolves around the unfulfilled drive of a teenager who found his fixation in the hunt for virgin girls. And the virgin is something holy that must be dishonored, whose sanctity must be devalued in order to be able to approach it without however accepting it. Virginity represents what we have as a child and what we lose in adolescence, thus constituting the lack in adulthood. The hole in the girl is the only thing the boy wants and this is perhaps the reason why the woman’s lack is her most precious possession.

To be noticed, to be important, this is what the adolescent needs most. But this adolescent must face the indifference of «adults» – «you piss in the street, they look at you, but they do not see you». In this film, the teen also meets a figure of the capricious mother: one who breastfeeds her baby, a cigarette in her mouth, who refuses money to her son because he has not found work.

Are the drugs the way to escape this real that weighs on the still fragile adolescent? The retort of one of the characters reveals death drive at work – «to try everything, to live at full speed, to die young». The phenomenon of «sexual promiscuity» is another example. In those years, these practices could lead to a death announced by the transmission of AIDS.

Moreover, misunderstandings of the language appear on the horizon. On one hand, the adolescents borrow the cynical language of the «grown-ups», so well that they think they are like them, and on the other hand, they use insults to relieve body tension by channeling it into the language. The adolescents also use a language of their own, whose codes they are the only ones who know – «You have secrets from us, we have secrets from you». Young people stay in groups – the strength of the crowd is reassuring, it gives the feeling of belonging somewhere, of being important to the group, of having value. The group gives the safety of a family, the assurance of being among the likes, and its rituals relieve the tension always at work in the body.

This body that changes, is metamorphosed – «it stinks», there are «tufts of hair». Fortunately, you have the band with which you squat – the bodies of others are the same as the image in the mirror – «both my body and yours are weird and they change». As for the image of the body, the search for recognition by the Other is very strong, going as far as exhibitionism – «Look at me. I change. Do you like me? Do you want me? ».

These same teenagers are able to reach out and give charity to a beggar without legs. They are also able to hear the music of the blind musician in the subway – «he’s really good, that one, he sounds like my uncle».

Some of the «kids» live at full speed and die young. One of the actors committed suicide at the age of 25 and another died of overdose at 31 years. However, this film marks the beginning of the career of one of the most controversial Hollywood stars, Rosario Dawson, who, plays a prostitute in Sin City and equally as successfully, dubs the fairy Tinkerbell in Peter Pan. This film tells us that the outcome of adolescence is not always happy.