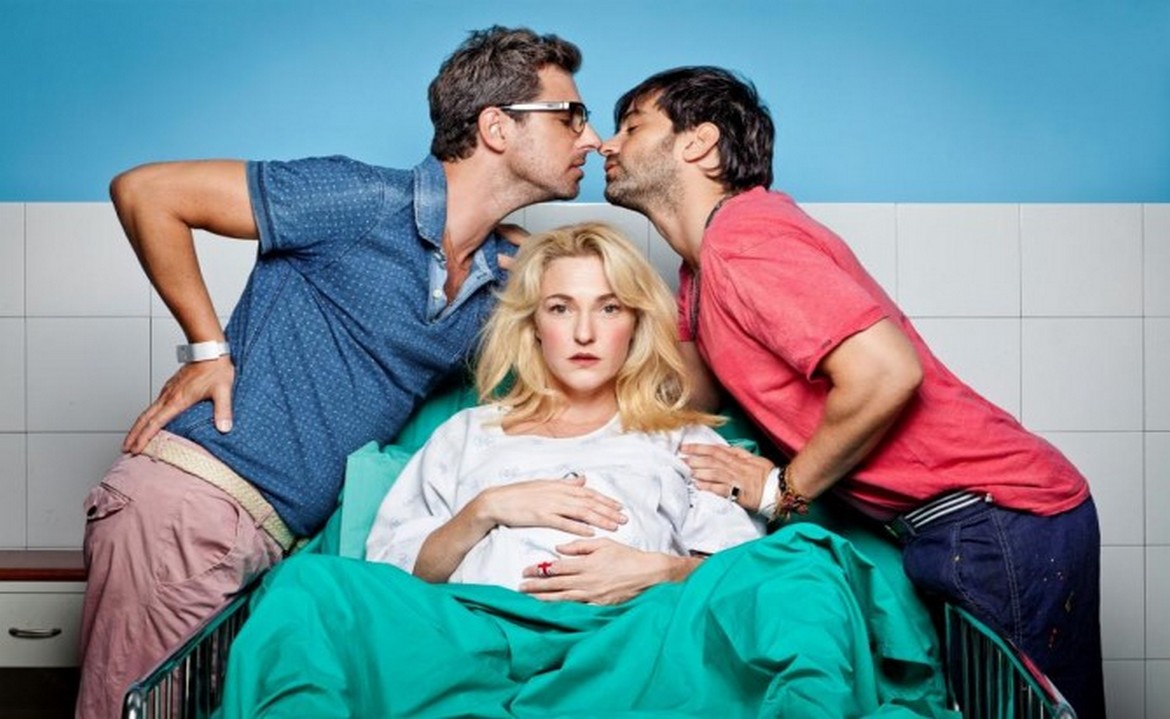 “The father is the one who should épater the family”[1]. Lacan attributes to the father the function of introducing a point of exception into the structure, a symptomatic point that escapes any universal norm.

Some time ago, a local series titled Mom and Dads was broadcast on Israeli television, challenging some stereotypical social behaviour concerning family and parenthood. In a society where the separation of powers between state and religion does not exist, this represents an opening that goes beyond the current existence of different types of family. The dissemination of this type of series is, in itself, the public recognition of an alternative family structure and, as a result, has raised various issues related to homosexuality and parenthood. Based on the director’s personal experiences, it is assumed that this humorous scenario is a way of elaborating his own contradictory position.

Indeed, male sexuality and its acknowledgement are related to strict religious precepts that formally forbid male copulation, as well as masturbation, both considered as sins, as they entail «ejaculation in vain», meaning that they do not lead to procreation. In the television series to which I refer as a kind of case, we find on one hand a single woman who, preoccupied by her biological clock, decides to have a child on her own, and on the other hand, a homosexual couple who want to expand their family. The three characters, each in their own way, strive to create a consistent family structure on the basis of a contractual relationship established between them in order to have a child. The biological father of the child undertakes psychoanalysis and this highlights the ambivalent position he adopts regarding his paternity. His conception of homosexuality as a synonym of sterility engenders a difficulty in perceiving himself as a parent, and consequently he hesitates to make his name appear officially. However, as the father of the baby, he demands recognition and the right of visit for his partner from the hospital administration. The other father, a paternal orphan, is most of the time willing to collaborate with the baby’s mother. But at times he has the impression that this woman who appropriates « his » baby is a stranger. Thus, he does not tolerate the idea of ​​abandonment. The mother, for her part, does not accept any intervention from the fathers concerning the care of the baby, but needing help, she sometimes goes as far as to imagine that the relationship created between them would configure a sort of «family» which would replace the couple that she failed to create. We can see that each figure is integrated into this new family configuration on the basis of its own identificatory and symptomatic luggage. Even if it concerns a breach of the classical family, the detours of their thoughts lead them to find another form, whose paternal function é-pate and knots. There is a decisive moment around this question: the act of circumcision. Tradition, in spite of the distance taken from religion, upsurges in a paradoxical way, highlighting the fact that this «ejaculation was not in vain» and that the function of the father passes through a nomination. The ceremony always ends with the act of naming the child. In the series, the child is named Hillel, who is none other than the name of the deceased father of the father who is precisely not the parent…