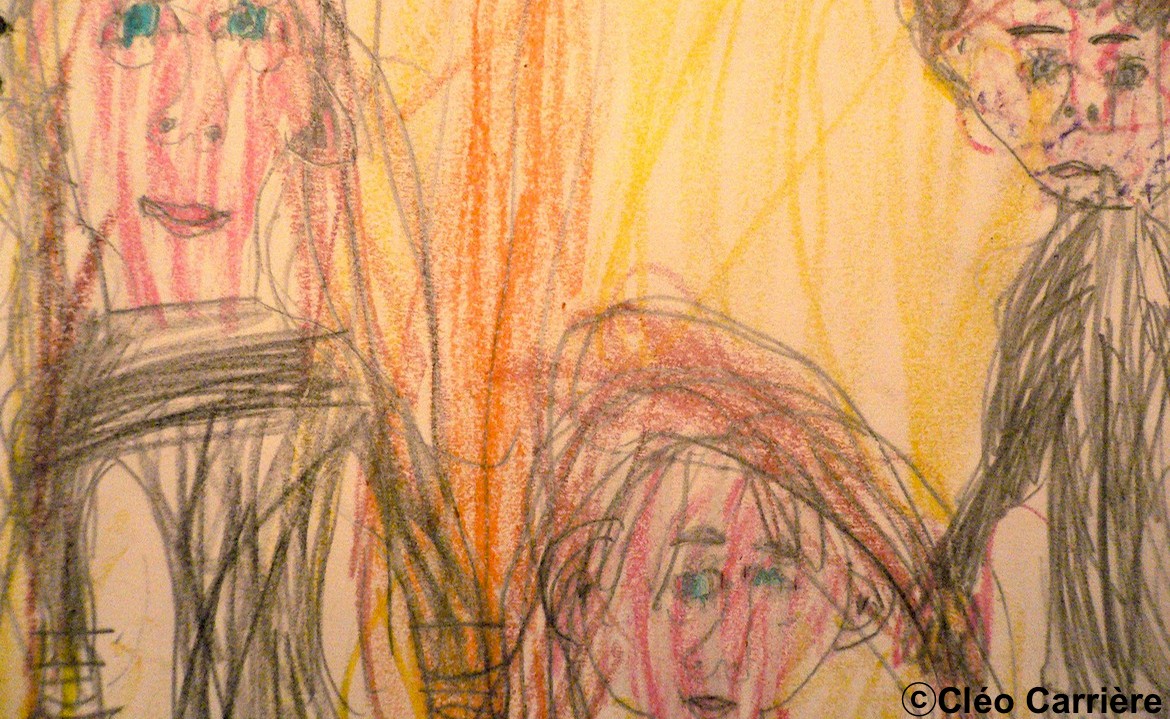 Analytic discourse approaches the family on the basis of the jouissance which is at stake for the subject. Often idealised, the family summons the passions as much as it does its own norms, but these days those norms no longer guarantee the common meaning that at least used to allow a symptomatic shaping of the functions of father and mother.

The new forms of the family generate decompositions, breaking with the conjugal family. The law welcomes the varieties that arise from this break, but sometimes things – love, hate – ­overflow. In a CPCT, an institution oriented by psychoanalysis, this real is welcomed.

“You are a psy,” said Antoine, “Pity! Don’t ask me to talk about my family. I have done it a hundred times and every new version damns me.”

This is also the case with Aline. She lives with her three sons, shut up in her house. She sleeps with her bag, fearing that her eldest son will steal it. She presents herself as a victim of her children, but she claims to have given them all her attention, all her love, which is indicated by the psychoanalyst who receives her. It was only when her two oldest sons attacked her that she decided to come and talk. To do that, you have to exit the family apartment. Aline has always chosen unreliable partners and the hatred that she feels for each of her sons’ fathers has returned as exclusive love for her sons. The possibilities of a supportable manoeuvre are slim but nevertheless solid, says her interlocutor: it is a question of, step by step, releasing this subject, if only a little, from the prison of her jouissance and, indeed, of her violence. A passion like Medea’s, which summons up the impulse to murder the most precious good, the child, when she is unhooked from Jason’s support.

On the one hand, one can grasp the difficulty in terms of the family, from the style of the parents, but, and this is one of the exhilarating surprises of psychoanalysis, one obtains a clinic of separation: to each his solution, her impasses, their style: my father, my mother, this man, this woman, one among others. To be able to accommodate the often unspeakable real of the family excess that we encounter, this orientation is essential. To receive these “withouts” or “too muches”, these overwhelming gaps, involves lending oneself to the language of the subject, always beyond the Oedipus. It includes the family language, its deposits.

The parents who count are those who know how to make the language alive. A dad who is not always the father and who somehow manages to deal with the impossible, more or less, and rather less than more. A mother who manages to be, in a style of her own.

One can have several mothers and several fathers and not get confused but use them in a way that makes a link and which keeps the devastating drive at a distance.

A family shelters misunderstandings, ways of saying that make it possible to elaborate little stories. There are many families, and within families there are many ways of making with the solitude inherent to the varieties of human creature.