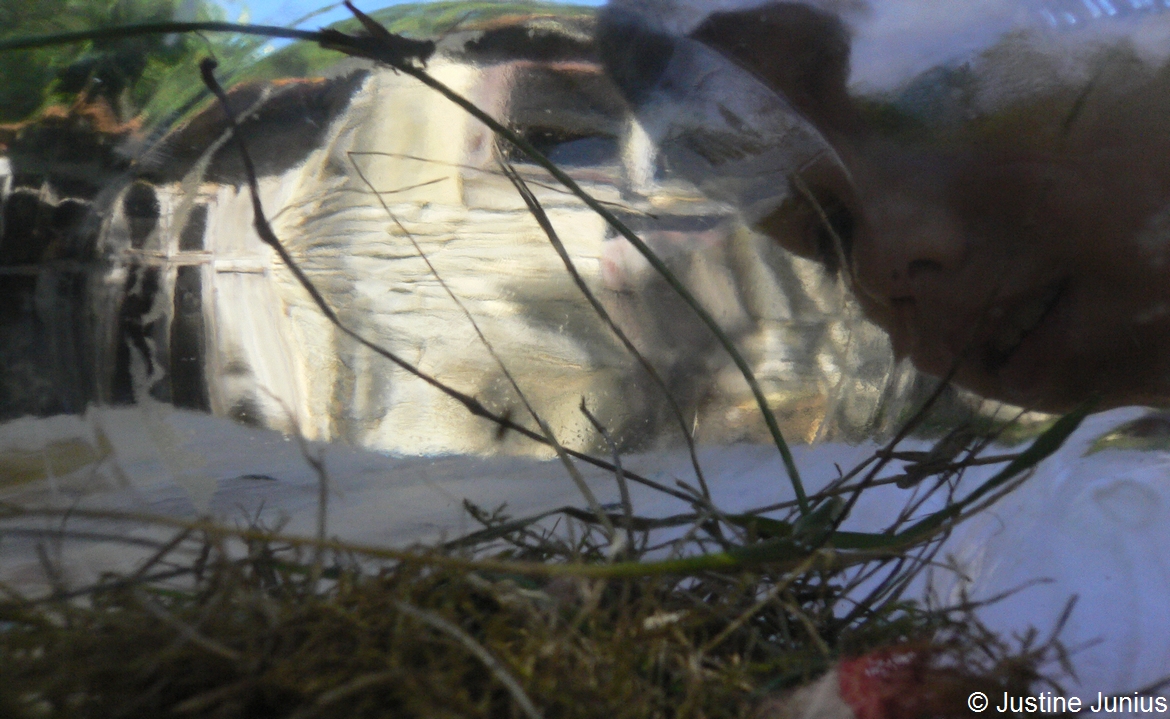 L. is 16 years old nonverbal autistic boy, who participated in a painting workshop last summer at the Martin Egge Onlus Foundation. When L. arrives at the workshop he is not interested in painting: he is very distressed, he moves about the room making sounds, screaming and looking for places in which to find refuge. He listens to music with earphones that protect him from the noise of language. L’s MP3 player is his complementary object, directly connected to the voice. So we decide to approach him via his object, music, and we set up a musical space next to the painting studio.

From his place, L. can observe us “obliquely” and he realises that something is happening in the next room. At a certain moment he takes off the MP3 earphones then enters the room and takes hold of some drum sticks, with which, together with trainee Anna Laura, he produces a rhythm. So to the improvisations with the drum sticks and xylophone, we add some vocalizations and sounds that resemble those of L. but more “clear”, with the aim of establishing a dialogue at a distance with him.

L. has not incorporated the voice to constitute a border with the body and because of this he has a terror of the voice which for him is soaked with jouissance Éric Laurent formulated the hypothesis that in autism, in the absence of the drive circuit that passes through the place of the Other, the return of jouissance happens on a neo-border “where the subject is situated, in a place of massive defence, of pure presence”[1]. To move this border it is necessary to accompany/to come alongside the subject in such a way so as to “build a singular chain that amalgamates signifiers, objects, actions and ways of doing things, with the aim of building a circuit that is able to function as a border and drive circuit”[2].

In the case of L. we started from his object, music. Within the limits of a short experience, L., starting with inarticulate sounds, managed to include some new sounds. It is interesting to note that while L. acquires new sounds, he accepts some little pieces of paper that the assistant hands him placing them in “his” plastic bottle, filled with little paper balls and strips of coloured paper. It is a first attempt in which his “formless” vocal emission moves away from his body and enters into an exchange with the Other, in the perspective – through/thanks to/ a chain of little inventions sustained by the assistant – of taking/assuming a form, of becoming an object “in-form”[3].