With Three Times Nothing – History of a Spit 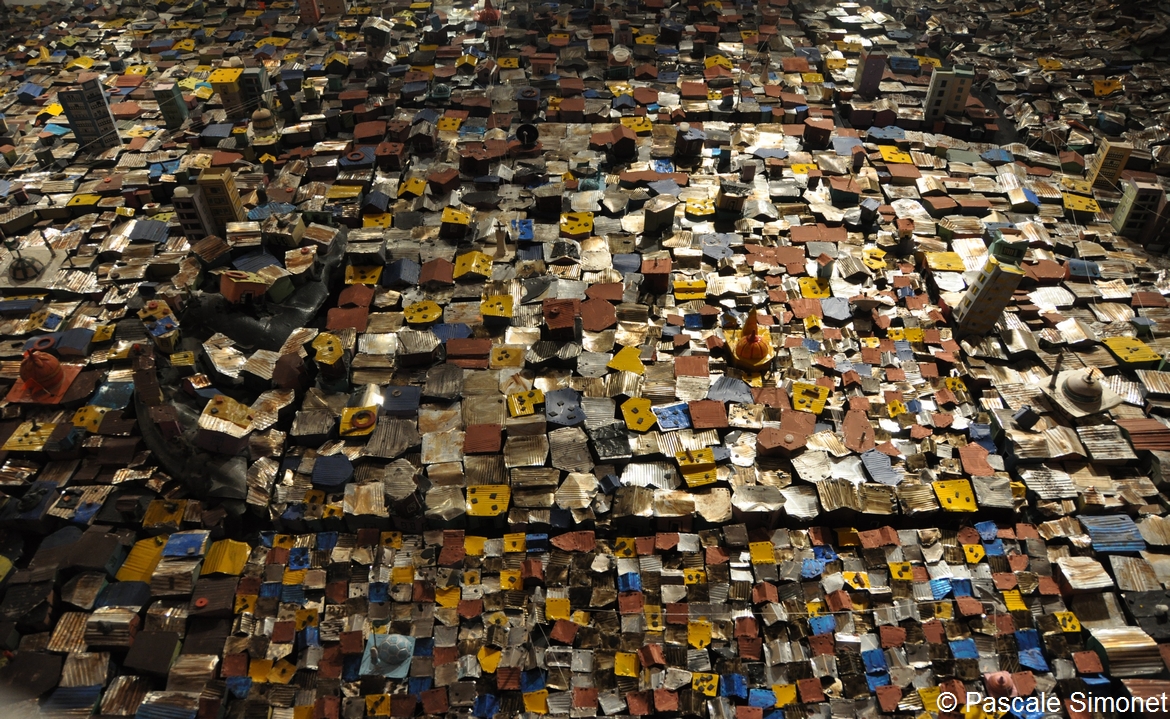 After asking his mother not to leave him on his own, Tibou finds a way of doing without her during the consultations. Since change is in the air, he moves everything around to make another frame, no matter how. First, he gets busy moving the chairs around in the corridor. Next it’s the computer keyboards and mice that he finds in the offices. He unplugs them, then detaches them and then puts them back together, creating new pairings that respond to his visual logic: black goes with black, white goes with white. Once he has finished with these permutations, he agrees to leave. Which isn’t always easy. This goes on for a few months, then he takes care of the furniture, especially the armchairs, which he drags from one place to another, finding new arrangements. It varies. He takes an interest in paintings and applies the same logic, this time less obviously, but the permutation of places in total must be fair for all paintings that he finds on this level of the building. I’m the one who gets to do the work! I follow his imperious commands, which are sometimes silent, sometimes accompanied by a melodious voice: “Go!”, “Come!”, “Look here!” He is delighted when everything is in the right place. Above all, he turns to see me docilely lending myself to his outside-the-norm aesthetic. After two years of this meticulous work, one day, upon returning from the long vacation, I said to him: “Listen, I think that you can do something else now.” He accepts my slight forcing. He then settles down in the kitchen with rusks and Nutella. It’s a delicate process. This time, he finally allows himself the use of his own hands. I take up the witness’s position. That’s when the big voice-spitting operation appears. He spreads the Nutella on his rusk while also building a small heap of Nutella right next to it by tapping. He is merry and very orderly. Step by step, his little pile becomes the focus of the operation, which produces something extracted from within the frame of the rusk. Once the food is eaten, he puts everything away and takes me out of the kitchen with him. At that very moment, he settles himself on the floor in front of the closed door of the kitchen, spits on the floor and insults himself with a loud voice: “Shit! “Well I never!” “Hey!” I say, “Oh, la la! Look what’s come out! But you know there’s a proper place for pooing.” I point to the toilet… Once finished, he fetches paper and wipes the ground whilst scolding himself. I notice that afterwards he creates a thread of spit running from the short wall to the door. I invent my response on the spot: I cut a piece of paper, write the number 1 on it, and put it next to the first gob of spit. Then I number the rest. This halts his wild behaviour. He looks interested. “Good, there are 17.” I get up and go. He straightens the poorly aligned bits of paper, gets up and follows me out. The next time, the same thing happens. But this time he erases the line of spit and leaves, alone, the small, numbered pieces of paper. They keep an account of what, from him, had been laid there, and create an interior-exterior circuit grounded on his body. The relay is taken up by the written encryption which, for him, remains. I see him squirm and suggest that he go to the toilet… This time, to my surprise, he does. I said, “There! It’s circulating!” Thus, Tibou, a nine-year-old autistic child, after six years of treatment, conquered, in his singular way, not the normality of cleanliness, but his way of being able to free himself and separate himself from a heap that encumbers him. With this, the ferocity of the voice also disappears.