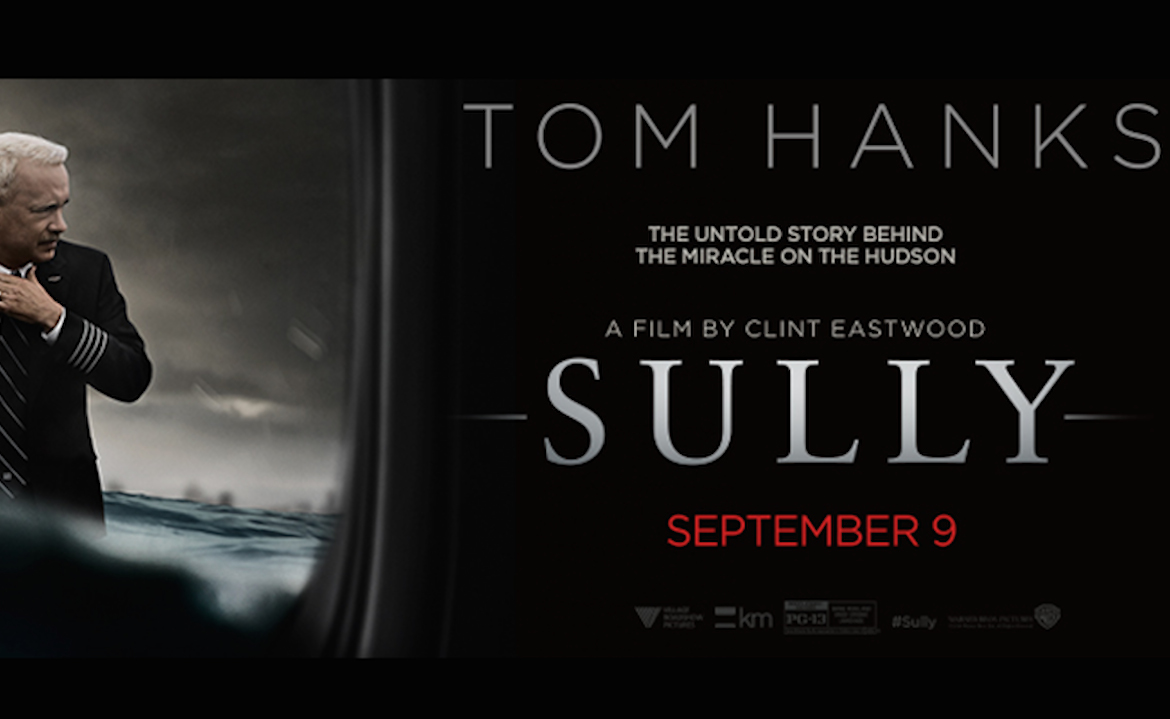 The offender is the one who crosses the line. However, what line? When the line not to be crossed is that of the lowest cost, then the cost of an act can place you outside the law and in the position of the offender.

Clint Eastwood’s latest film, Sully, is a manifesto for the freedom of man, namely his capacity to act, and thus to make a choice by avoiding the protocol, which includes the elision of the act and the foreclosure of the subject. Our civilization promotes the figure, because of the power of contemporary scientism and the universalizing norm that is deduced from it, against the incommensurability of desire, as a normality. It can break the one who has made the choice to assume the freedom of his act.

Sully, interpreted with sobriety and sensitivity by Tom Hanks, is a long-haul pilot. Flying, piloting is his life, but not only that. For he is also married, a father of two daughters. He is not far from retirement, he is preparing for it, calmly. The pleasure of driving is always lively. On that day, as he flies over New York and admires the beauty of the Hudson flowing peacefully below from the cockpit, the plane crosses a flight of wild geese. There is an accident: the birds hit the plane, the engine, two are out of service. It breaks down. Pilot and co-pilot do not have much time to take the measure of what happens to them to react, decide. The protocol of what to do by hand, the online control tower, Sully is not one who leaves their fate to a checklist. Instead of crashing, he decides to land on the Hudson, it is an unexpected landing. One hundred and fifty-five persons on board, one hundred and fifty-five persons saved, one hundred and fifty-five: this is the only figure Sully expects to hear. Moreover, it is no longer a number: it is the name of this event for him, the name of his job well done, every time he took control of a plane.

Even so, it is “a lost plane”! Yes, you always have to count a loss; she never fails to invite herself in the parlêtre and to disturb the party. Who will pay? The insurers investigate: Sully did not follow the protocol or the invitation from the control tower to return to the airport he had just left. He is summoned to explain himself, while the news of this miraculous rescue has spread in the media and made him a new hero. After the shock of the encounter with the real of death, what his nightmares testify, it is a second shock, the one who interrogates the act and divides its author: Che vuoi? By not following any Other, but what might well be his fantasy, did not Sully put an enormous risk on all those whom he thus embarked in his act?

Behind the figure of the hero stands another image of the father, the grimacing face of the impostor who comes to wrest the pilot from a restful sleep. A little sentence written on a piece of paper, falling out of its wallet – a happy contingency – It is the necessary awakening, the good encounter from which our pilot can fight and combat the speech of the experts who threaten to crush him. The little sentence says: “A delay is better than a catastrophe”. From there, Sully holds the variable that is not taken into account, the one we want to eliminate: time; more precisely: the time to understand what the simulations did not take into account. “Thirty-five seconds”: this is not a number, but the name of Sully’s desire in the field of the Other, the variable that, introduced in the calculation of experts, will send the simulations to the crash. This is not a video game, this is a man; there was still a pilot on the plane!

In times of protocols, where statistics have us believe in a world cleansed of every singular variable in favor of a normal and ideal behaviour, C. Eastwood film focuses on what some of us have chosen to defend: the freedom of the act underlying the unconscious desire. This one escapes all accounting, it is out of the ordinary, the artist strives to remind us of it. Psychoanalysis proposes, one by one, to measure its outlines in a cure. The price to pay for its exclusion will always be exorbitant, both at the individual level and at the level of a civilization. Let us bet that the desire of Freud, Lacan and a few others can make his little music heard for a long time.