Skip to content
Homepage OUTSIDE THE BOX Producing strength through weakness 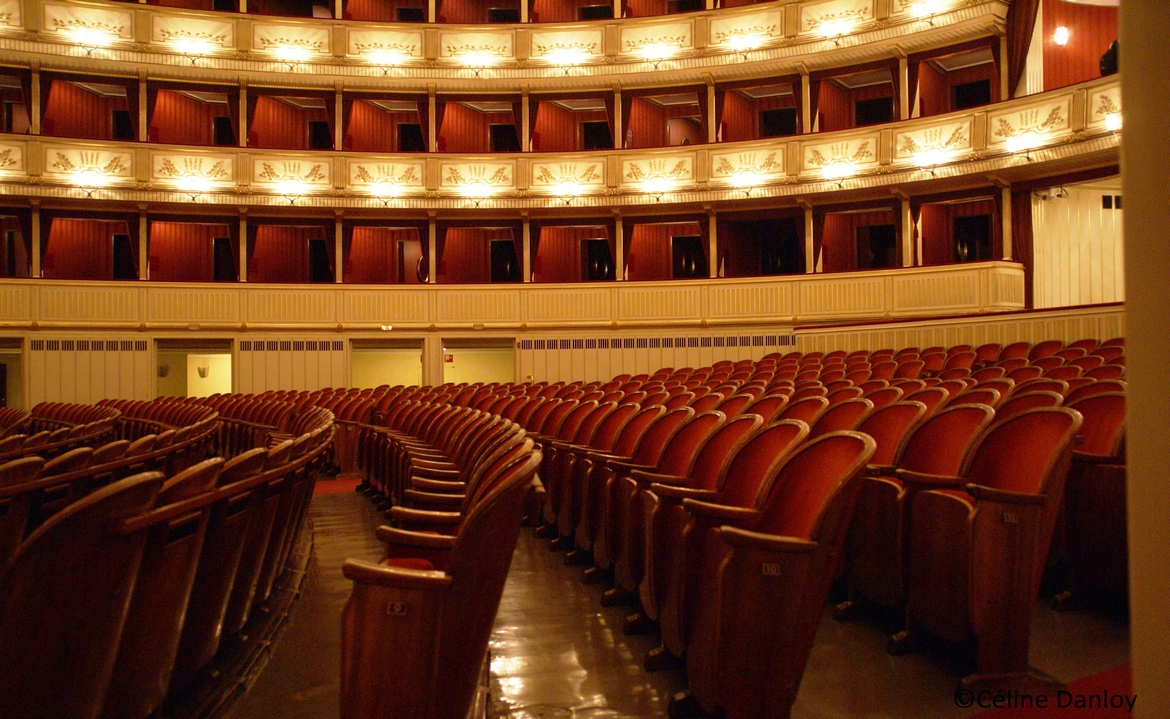 Last December, at the National Theatre in Brussels, I discovered an artist unclassifiable by today’s standards of performing arts, opera, circus or music. A strange, as well as equivocal title had hooked me: “Music in body”.

Its theatre company is named Lucilia Caesar and celebrates its twentieth anniversary and on this occasion, releases a superb number, “Alternatives théâtrales”. This publication becomes the memory of an outside-the-norm and singular path.

What does this artist, Ingrid von Wantoch Rekowski, realise in each of her works?

Is it theatre? Yes, but speech is diminished, meaning is swept away, signification is shifted. The character she plays has more presence with her body than with her words.

Is it opera? Yes, but its actors are not professional singers.

The actor who sings does not ’hold a candle’ to a “true” singer.

Is it music? Yes, but this one is subverted from the staging of bodies and actors. It is the actor who is at the heart of the artist’s work and more precisely, it is the body of the actor, an actor more eloquent with his body than with his words.

“A body language of actors is thus elaborated, which is not a dancer’s body, which is not a circus body and therefore not a virtuoso body resorting to a specific technique. […] The artist throws these actor’s bodies where they have a priori nothing to do. For example, in a cantata by Bach, in a painting by Rubens, in the Wagnerian universe …”¹

The effect is striking in some of her shows. With this discrepancy, this continuous displacement that the artist imposes on her actors, there is an inadequacy between the “imperfect” body of the actors and the (supposed) perfection of the work.

“Where the virtuosity of an opera singer passes quickly for a simple technical prowess, for an impressive vocal gymnastics, […] the singer-actor “flawed” in a certain way to modulate his weakness, digs a space of call for the spectator. […] If perfection delights the amateurs of records, the incompleteness promotes the splitting of the imaginary. “²

Jean-Marie Piemme, author and teacher at INSAS³, joins what Jacques-Alain Miller teaches us about a just interpretation, that which is only caught between meaning and out-of-meaning, between the signifier and what escapes from it.

In June 2017, just before PIPOL 8, we can discover her next creation, Bug, in Brigittines. For us to loosen our significant categories and learn to decline them with the outside-the-norm, this spectacle is not to be missed.