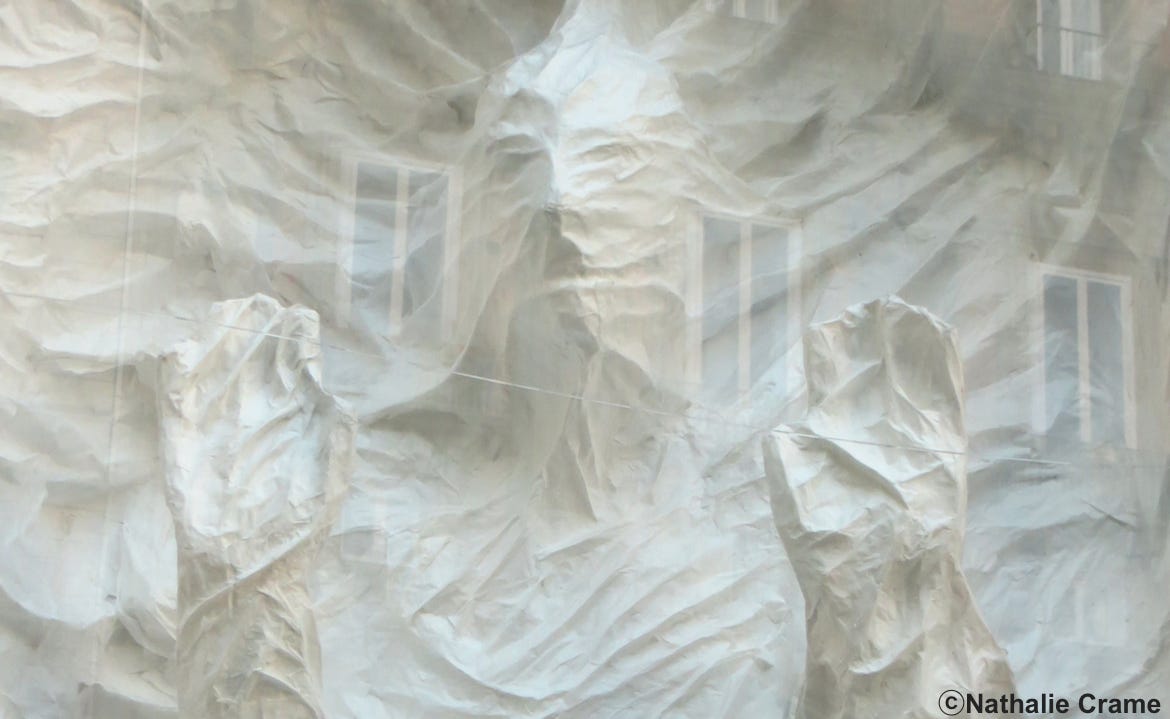 The characteristic of the parlêtre is the body significantised by being gripped in language, in this lining that we call the unconscious. The question may arise of what happens to the body when the subject has unsubscribed from the unconscious.

In the case of Yannoulis Chalépas [1851-1938], an eminent Greek sculptor, the unsubscription took the form of an abandonment of the use of speech. Melancholic silence here marks the symbolic defect.

Chalépas triggered his psychosis at the age of 26. He was plunged into inactivity for many years forgotten by all, living in a corner of the Cyclades, submissive to his mother, rude and taciturn. Over the decades, his hallucinatory crises faded away but he remained a mortified subject: desire extinguished, speech muted, behaviour solitary.

Chalépas thus spent forty years distanced from his art. But this state of affairs was to be dramatically reversed. On the day of his mother’s death, he went back to work. He was then sixty-seven years old. A second bizarre and disinterested career began which he continued until he died.

During the last twenty years of his life, Chalépas devoted himself, body and soul to the modelling of clay. He was overwhelmed by a creative frenzy, without concern for the dissemination of his work or financial return, despite the fact that he was utterly destitute. The parlêtre was now active, but remained outside speech: he never emerged from his silence and he welcomed his very few visitors with laconic detachment.

The case deserves attention because this creative frenzy of a body that existed only for the daily labour revealed a very singular redevelopment of the drive. We know that Chalépas no longer presented a clinical disorder during his last twenty years. For him, modelling became the only response to the real: a vital body event, his only means of jouissance. The manner in which he went about his work was astonishing: he didn’t reflect on it; he drew rapid sketches and then began to model. He worked on several sculptures at once, toiling from dawn to dusk. When the clay ran out, he would destroy a previous work to continue to model.

One cannot help but compare this frenzy of modelling with Joyce’s work. In this case too, it was a practice of writing, linked here to the materiality of the contours. But on the Borromean level, in contrast with Joyce, the sinthôme here that constitutes dedication to shaping comes – as the fourth ring – to knot the Imaginary and the Real, in order to counteract the failure of the Symbolic ring.[1] The imaginary of the forms is fully exploited – Chalépas’s productions are not abstract but reflect the themes of his formative years, even though they are treated with a simplicity both ingenious and ‘modernist’. His Art-gueil[2] will consist of devoting his physical ‘ek-sistence’ to creation, obtaining in addition, a sculptor’s ego for which he had no cure.