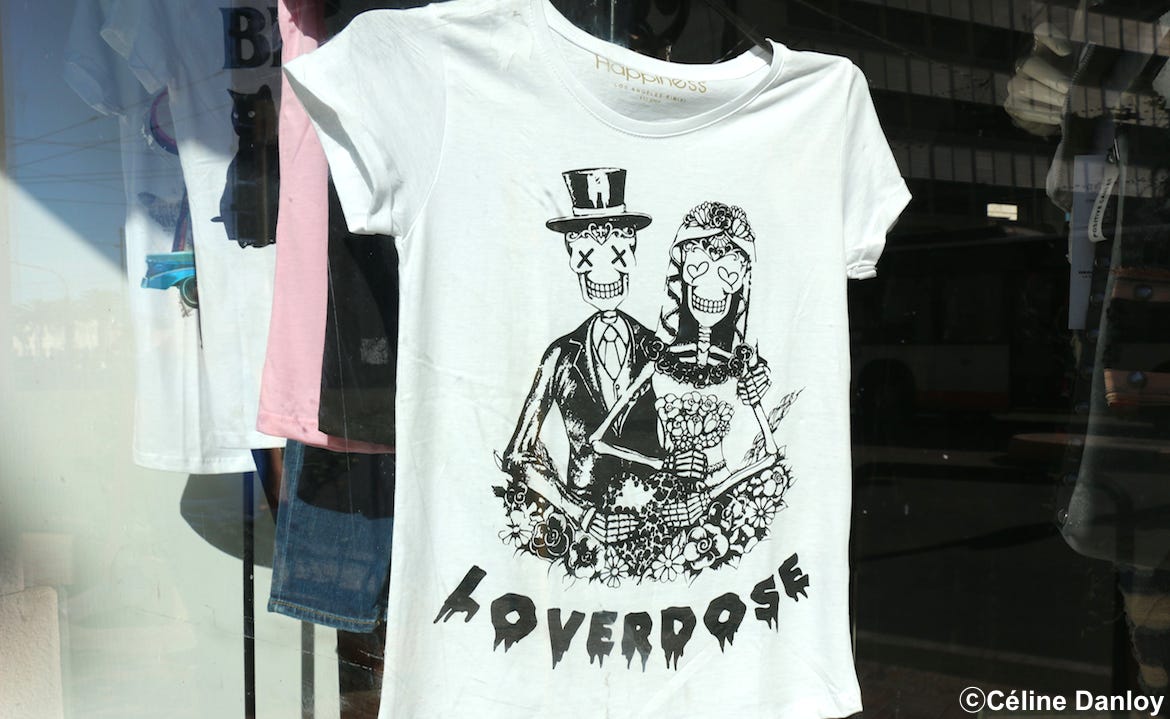 The addicted subject, in repetitive consumption, seeks to regulate something with regard to the body and the Other. Is there a search for satisfaction, and does the subject manage to achieve balance through consumption? Obviously not – addiction shows us that something is failing.

Satisfaction is never sufficient. The object consumed appears to serve the survival of the individual. The junky however demonstrates the difficulty of not wanting to touch it, of not exaggerating its necessity, of not wanting to die from it, but also of not being able to live any longer without it, and so on. Each case of addiction concerns a consumption that has left pleasure (a homeostatic regulation between subject and body) far behind. Lacan’s teaching of the Sixties and Seventies explains this “satisfaction” as a surplus of jouissance which is accomplished in silence and without connection to the Other.[1] Addiction aims at a jouissance that is not linked to the signifier, not linked to the laws of language. The consumption feeds on itself. This exhausting whirlwind of hunger for substances knows no affinity with desire – born of a lack and sustained by a fantasy that tries to respond to a supposed original loss. In accordance with the Capitalist Discourse, addiction maintains a lack of enjoyment, manque-à-jouir,[2] which must be supplemented by a surplus-of-enjoyment, plus-de-jouir.

It Consumes So Much That It Is Consumed

The so-called equilibrium is one in which the subject tries to regulate an often fragile relationship to the body by means of the consumed object. At the same time, this “regulation”, outside of speech, also presents a risk because in a certain way the object evacuates this rapport to the body. The non-solution offered by addiction resembles what Lacan emphasised as the crisis of Capitalist Discourse[3]: “it’s enough that it works as if on wheels, it cannot work better, but it works too quickly, it consumes itself, it consumes so well that it consumes itself.”

The addicted subject seems to have chosen an object in preference to all others. One favourite drug outweighs another. There seems to have been a job advertisement, and after a successful appointment, it’s business as usual, although now it is the object that calls the shots. It raises a question of who or what has opted for what or who? What determines the game? By designating addiction as the root of the symptom,[4] the source from which the same inextinguishable One repeats itself endlessly[5], the clinician can conclude that the favourite object teaches us something about the real. What creates the addict is a resonance with this object that positions itself towards him. It tries endlessly, as a necessity, to treat a body event, an irruption of extremely singular jouissance.

How does the subject situate itself when faced with this insatiable, monotonous repetition? For the orientation of the cure, it is important to probe the position of the subject and gauge the function of the addiction. Temporarily or not, consumption suspends the question of desire. Lacan’s often quoted phrase about drugs – “breaking the marriage with the little willy”[6] – points us towards a rupture with the phallus that directs desire. But in those cases where the structure is so organised that the phallus is dysfunctional or no longer counts, addiction becomes a prosthesis, in the sense that a too intense flow of the drive can be evacuated (sedation/downers) or a lack of vitality artificially overcome (excitation/uppers).[7] In this context, Pierre Sidon talks about addiction as a way of handling the “uncoupling from little willy”.[8]

Should we understand this state of un-coupling as a synonym of psychosis? Not necessarily. The model of consumption, which finds its paradigmatic example in addiction, has become ordinary today, and is more the rule than the exception. Addicted to nothing? Go see the doctor!

In silence, in isolation, in partnership with an object and the plus-de-jouir, in order to respond to a certain “state of the body”, this is the mode of jouissance par excellence which has made the capitalist discourse spread like an oil slick at the heart of our society.

Psychoanalysis examines these addictions starting from an interest in the object – heroin is not cocaine, a heroin addict is not addicted to something else, one “game” is not an other one, one partner is not an other, nor the functions they occupy, from where, eventually, supported by transference love, something new can be made possible, beyond those “anti-loves” [9] that addictions are.