Skip to content
Homepage OUTSIDE THE BOX SAMO©, Graffiti, a social affront 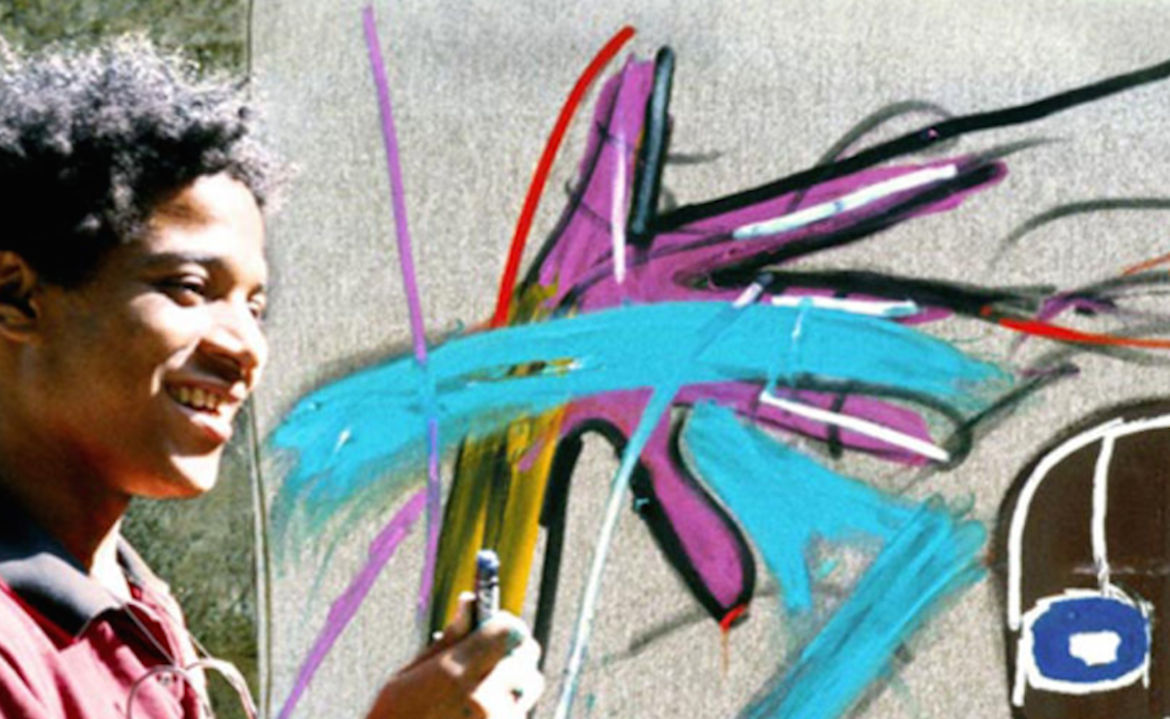 Basquiat had a glimpse of the rough street life, when he began to wander, in his many fugues … He speaks of this period of his life as the worst he has lived … Nevertheless, it will inspire his work: the signature SAMO©, but also some cabalistic signs derived from the symbols of homelessness, vagabonds¹. SAMO© – the Same old shit, of which it would be the abbreviation – wrote poetic sentences on the walls. The late 1970s meant the rise of street art in the United States and its entry into galleries, museums, including Keith Haring. Indeed, if the graffiti already existed before, it is Demetrios who in 1971 is considered the first graffitist. The omnipresence of his signature will give the magnitude of the phenomenon.

The important thing was the marking and thus a certain “reconquest” of the urban space. ‘”A masked figure like Zorro, disadvantaged urban youths tag their names on the tip of their Posca (foam markers) on the walls, metros and New York trains. A signature that is clearly visible but illegible, anonymous except for the initials, whom they want to render ubiquitous, commensurate with their social non-existence. To invent a new way of distinguishing itself was a revolt, the refusal of authority, the reign of the marginalized. A disadvantaged minority youth took charge of their life and created something when life had not given them anything, says Henry Chalfant, “photo-graff–pher“, documentary maker and American critic.’”² Graffiti is thus the junction between a social revolt and a much more subjective assertion: “The greatest taboo he transgresses touches the psychological dimension of space. Like the drunkard who mumbles nonsense with an acrid breath, graffiti is a social, illegal, and prosecutorial affront, not because it would be particularly dangerous, but because it does not take into account the boundaries of the moral person.”³ And it is not SAMO© that would deny this vision of things, even if, more than a simple signature, it is for them a true writing: “We wanted to obtain a status, a recognition. We say: “I control this space and I will be known”. Jean always wanted to be famous. SoHo News began publishing our poems.” Says Al Diaz.⁴ For Basquiat, the important thing was to “make himself a name”. He quickly emerged from anonymity, creating a general surprise. He even announced his death on the walls of the city, to the great displeasure of Al Diaz: “SAMO© is Dead”.

If the art of graffiti comes back for graffiti artists to “claim the private sphere of others as their own canvas”, it is totally in the design of Basquiat who drew everywhere, all the time and which aroused the anger of many of his hosts, on walls, refrigerators, radiators, furniture, televisions, clothing, etc. of which he had begun to paint. The irony of the fate, the same hosts were very sorrowful then to have erased the tracks, which encumbered them, of this artist in germ. Without a penny initially, Basquiat made use of doors, shutters, windows, planks of wood, which he found in the street, like supports to paint there …